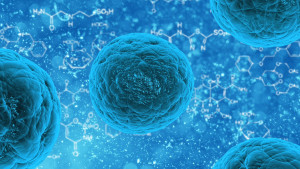 Over the past decade, there has been a growing awareness that the bacteria and other organisms that live in our gut —called the microbiome— are important. In addition to diet and exercise, certain gut bacteria are correlated with, and potentially contribute to, numerous health conditions. What we eat significantly changes the composition of the microbiome, as bacteria consume almost everything that ends up in the large intestine – dietary fiber, resistant protein, fat, etc.

Thousands of researchers around the world are trying to unravel the relationships not only between the microbiome and health conditions—particularly in the areas of obesity, inflammation and diabetes – but also between dietary components and the microbiome. But since there are thousands of different kind of bacteria species and other organisms that live in our gut, and our dietary consumption varies all over the world, this is no easy task. Super-computers are working overtime crunching through the correlations and variations.

Research has shown that eating unmodified resistant starch changes the composition of the microbiome within the large intestine and actually improves how the entire body metabolizes glucose and manages glucose and lipids. It consistently increases Ruminococcus bromii, among other types of bacteria. It also results in shifts in the profile of short-chain fatty acids produced by the bacteria, particularly butyrate (the preferred food for colon cells).

As expected, some of these genes are linked to proper gastrointestinal function, i.e., muscle contractions that are essential to maintaining regularity. Surprisingly, some of these genes change glucose (sugar) metabolism. These mechanisms have not been previously understood and researchers are busy trying to identify the actual triggers and pathways involved.

It is as if the microbiome are the pitch hitters that step in at every meal. They change metabolism, for good or for bad, whether we are aware of it or not.  If we eat highly digestible foods, there’s not much food left over for the intestinal bacteria.  If we eat high fat foods, fermentation is impaired and certain kinds of bacteria thrive while the healthy-type bacteria suffer.  If we eat foods rich in fermentable fibers like resistant starch, the good bacteria thrive and the intestinal tract works much better.

At the end of the day, resistant starch helps us to stay healthy and one of its main mechanisms is through shifting the microbiome composition and activity.  More details to follow.  Stay tuned.

If you’re not familiar with the topic, these articles can help to fill you in on the background: