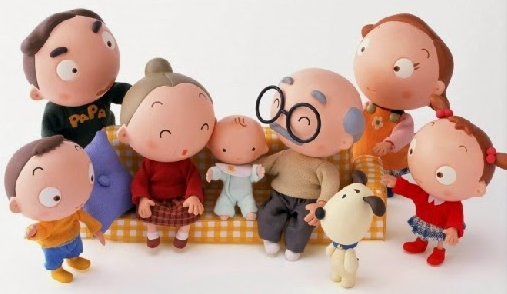 Aging sucks! Right? One of my friends says that aging is not for sissies, and I agree wholeheartedly. The older we get, we increasingly appreciate the vigor of youth, and sometimes wish that we could return to that vigor. But while, there is no “fountain of youth”, there may be ways to slow down the progression of aging and help give our bodies what they need to function well and less like the aging bags of bones that we actually are.

While a lot of ailments can be associated with aging, I am going to focus on something called “the anorexia of aging.” Loss of appetite, combined with less efficient food digestion and absorption often results in weight loss. Most often, the lost weight in elderly is muscle, (called sarcopenia). This can mean loss of strength and mobility, and is often a factor in the occurrence of frailty and the likelihood of falls and broken bones. This downward spiral happens far too often and is certainly a great focus for anti-aging studies.

We already know that resistant starch’s fermentation in the gut improves colon function and health, which aids in more efficient food digestion and absorption. But, resistant starch can help people eat less food (click here for more details), which is not a benefit in elderly adults suffering from “the anorexia of aging”.

As it turns out, resistant starch appears to normalize hunger, which may be different in the elderly than in younger populations. At this point in time, there are not published clinical studies testing hunger and food consumption in elderly adults. Most of the studies use younger populations, (often including college students). So, while I usually rely on studies in humans, I am forced to look at the animal data in this circumstance. The animal data is not as strong as human data (animals are imperfect models for humans), but it certainly gives an indication of what might be expected in people.

In addition, anti-aging studies in humans would be really difficult. Think of the problems to overcome in designing an anti-aging study in humans! First, it would take years. Then, you would have to get people to change one detail of their diet, consistently, reliably, for a long time. This is pure fantasy and is not going to happen, so we’re left with animal studies to consider right now.

The research group of Dr. Mike Keenan, Dr. Roy Martin, Dr. Maria Marco and their colleagues at Pennington Biomedical Research Center, Louisiana State University, and the University of California at Davis appear to be ahead of everybody else on this one. They have been publishing studies in this area for a few years now.

First, let’s look at satiety and the issue that it could make elders eat less food. A 2012 mouse study found that aged animals eating resistant starch had the same body weight as aged animals eating digestible starch – suggesting that aged animals did not eat less food when their diet contained resistant starch. They also found increased adiponectin in the fat tissue. Adiponectin is produced in fat tissue and is involved in glucose regulation and fatty acid oxidation.

A 2013 mouse study showed that resistant starch shifts the intestinal microbe of aged animals to look like the microbiome of younger animals. The microbiome of aged animals looked very different. This was not a change in one or a few strains of bacteria – it was an overhaul of hundreds of bacteria living in the gut. In particular, the microbiota of aged mice fed resistant starch had higher levels of Bacteroidetes and Bifidobacterium, Akkermansia, and Allobaculum species in proportions that were dependent on the concentration of the resistant starch. The proportions of Bifidobacterium and Akkermansia were positively correlated with mouse food consumption, gut weight, and expression levels of proglucagon, the precursor of the gut anti-obesity/diabetic hormone GLP-1.

Finally, a November 2013 mouse study went further – they examined the eating patterns of aged animals (equivalent to 56-65 years of age in humans) and their response to resistant starch in the diet. If older animals or humans miss a meal, they do not always increase eating after the fast to make up for the lost calories. This can lead to weight loss if behavior continues. Thus, the researchers examined food intake following food deprivation in aged animals. One group of aged mice was fed resistant starch while the control group was fed highly digestible starch. The aged mice fed resistant starch ate more food following the mild fast compared to the control animals.

The authors measured and attributed the improved appetite to increased glucokinase production in the brain. Glucokinase is an enzyme that acts as a glucose sensor – it triggers shifts in metabolism in response to rising or falling levels of glucose. It has been known that diabetes of all types reduces glucokinase production and activity. Thus, the publication reported improved hunger, and food intake as well as improved biochemical signals (glucokinase), which might be a responsible mechanism.

The same publication also described the impact of resistant starch on motor coordination in aged animals. In short, mice fed resistant starch had improved motor coordination and balanced on a rotating rod for a longer period of time compared to animals fed digestible starch. Their improved athletic performance could have been related to their improved food consumption, according to the authors, but the improvement was notable anyway.

These animal studies certainly point to anti-aging benefits, mediated by changes in the gut microbiota. They suggest broad areas of improved metabolism, including changes in gut hormones, brain enzymes, fat oxidation and athletic performance. However, anti-aging has been the focus of only three animal studies. That’s certainly not enough to make reasonable conclusions or recommendations.

So stay tuned – resistant starch and anti-aging is an emerging topic. It will be very interesting to see what happens next.