Weight is much more than stored excess calories.  It can be a symptom that metabolism is out of balance. While the old truth of eat less, move more remains true, the metabolism of weight 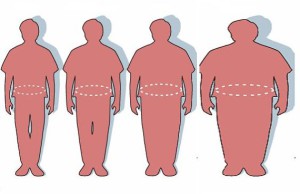 involves a complicated mixture of biochemical signals and pathways that significantly impact how much you eat and perhaps even how much you move.

Resistant starch helps with the metabolism of weight in at least four ways:

One of the most critical hormones driving weight gain is insulin. When we are young and metabolically very healthy, our tissues respond very quickly to insulin. As we age and/or our bodies repeatedly respond to rapid and high levels of glucose, the insulin receptors in muscles and tissues can become less sensitive to insulin, and take longer to transport glucose into the muscles. When this happens, the glucose stays in the blood longer and, the pancreas produces more insulin until the glucose levels fall. With enough insulin, the blood sugar levels return to normal. The higher levels of insulin causes fat to be stored and prevents fat from being burned, so losing weight becomes harder and harder with higher insulin levels. As the sensitivity to insulin gets worse and worse, the weight gets harder and harder to control.  Loss of insulin sensitivity is an underlying mechanism which drives both the development of type 2 diabetes as well as obesity.

We do not feel differently, but increased insulin marks the decline of metabolic health. It may be ten or fifteen years before we discover that we have been losing insulin sensitivity. If someone has a higher genetic risk, it could happen much faster.

4.  Resistant starch helps to reduce the caloric density of foods.  It delivers between 2 and 3 kilocalories/gram vs. 4 kcals/g for the flour that it commonly replaces. While this is simple and easy to explain, the caloric content is probably the least important of all of resistant starch’s benefits.